One of the most important problems in MS is understanding why some patients get worse or progress, and others do not. In a percentage of patients with relapsing-remitting MS (RRMS), clinical symptoms lead to a progressive deterioration over the course of many years, and is referred to as secondary progressive MS (SPMS). In about 15% of MS patients, the disease is progressive from the onset, referred to as primary progressive MS (PPMS). The limited understanding of the mechanisms of disease worsening is one reason for the lack of therapeutic options for this class of patients. A major focus of research at Tisch MS is to investigate and understand the underlying causes of disease progression using novel approaches based on comparative analysis of cerebrospinal fluid (CSF). 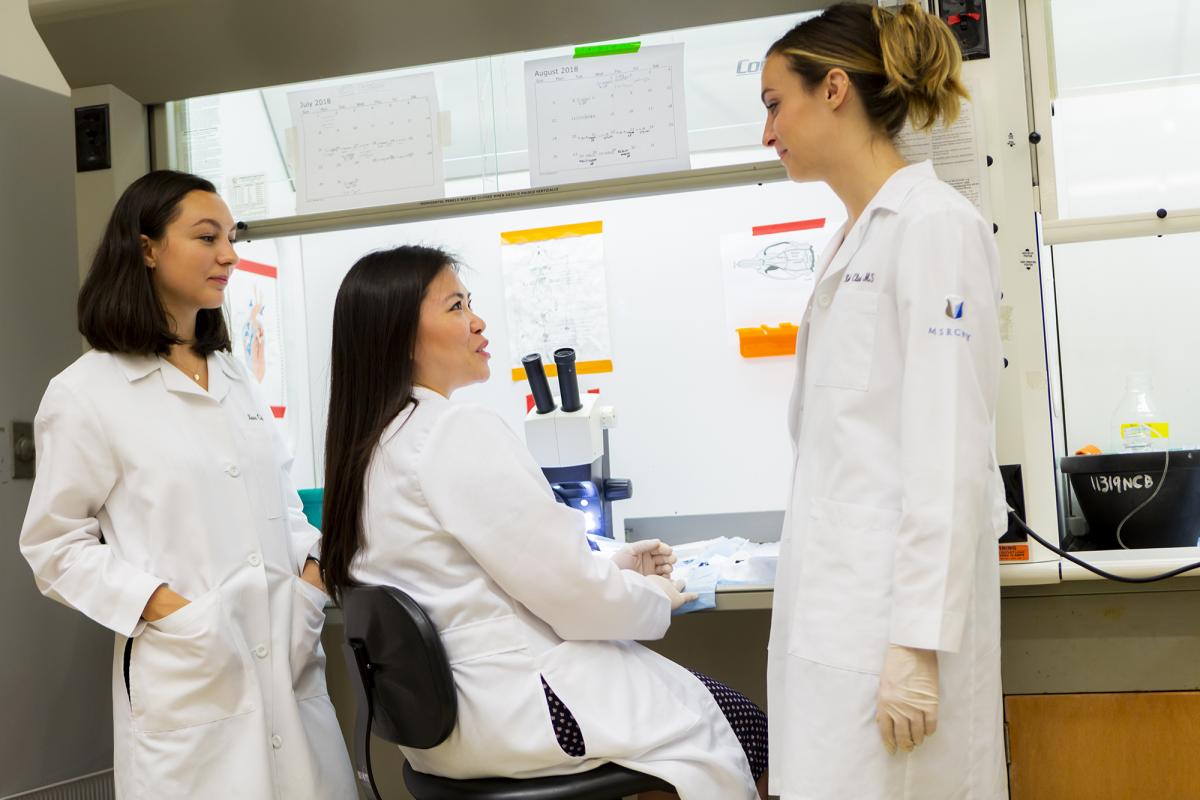 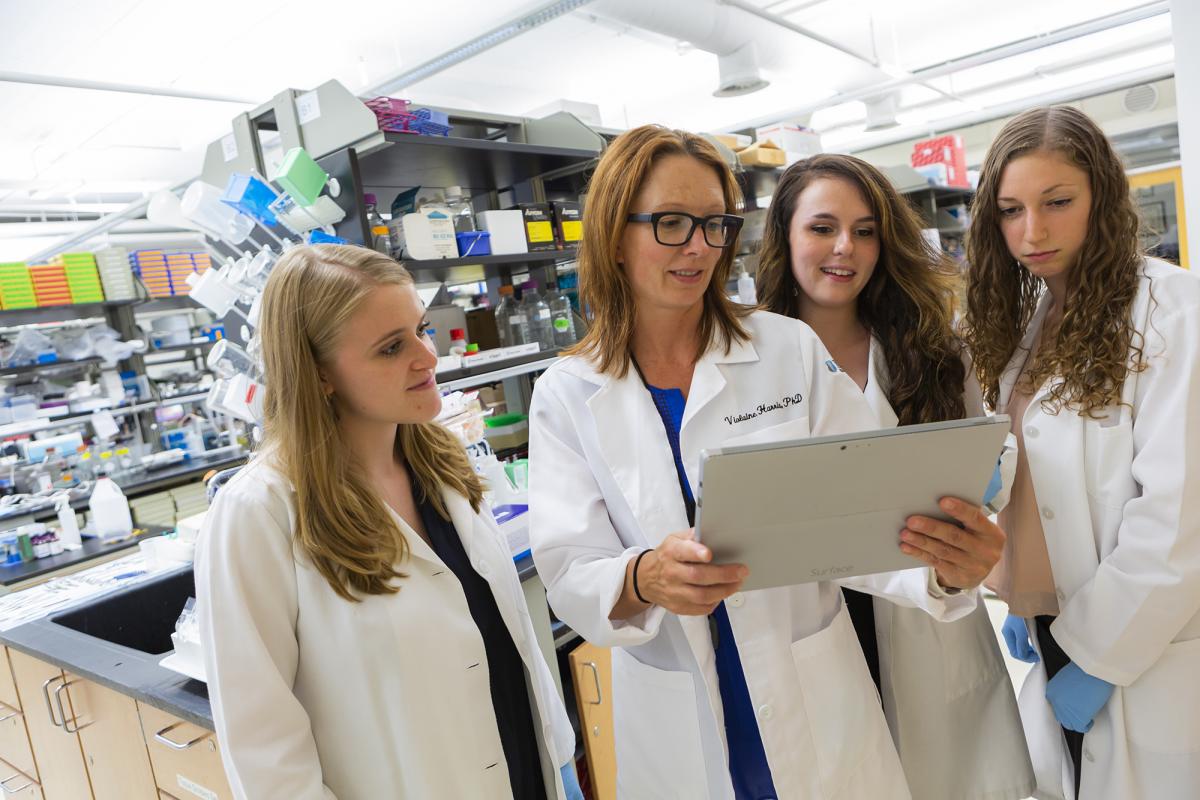 One of the major challenges in progressive MS research is the lack of an adequate experimental animal model of progressive disease. Building upon the cerebrospinal fluid (CSF)-mediated animal model of progressive MS developed at Tisch MS in 2014 , Dr. Jamie Wong and her research team have successfully established an animal model which is specific for primary progressive MS (PPMS). As PPMS is characterized by significant pathology in the cervical spinal cord, Dr. Wong has developed a unique surgical technique to directly inject PPMS CSF into the cervical spinal cord intrathecal space in mice. In this exciting new study, PPMS disease pathology is mirrored in these PPMS CSF-injected mice as they display hallmark MS characteristics such as demyelination, reactive astrogliosis and axonal damage in the cervical spinal cord, which consistently manifests as forelimb motor disability. This novel animal model has enabled Dr. Wong and her team to focus on identifying pathology-inducing agents in PPMS CSF by systematically eliminating CSF components by molecular weight, as well as targeted-removal of specific molecules. Removal of PPMS CSF components either by filtration or targeted-removal can dampen its ability to trigger clinical and pathological symptoms in the animal model. These studies have laid the groundwork to explore CSF filtration as a therapeutic approach with the potential to slow down disease progression, and in combination with stem cell therapy, help improve clinical outcomes in PPMS patients.

One advantage of developing an animal model based on human CSF-injection is that the model can be personalized and adapted to study other neurological diseases such as amyotrophic lateral sclerosis (ALS), a neurodegenerative disease characterized by loss of motor neurons. In a recently published study, Dr. Wong and her team found that mice injected with CSF from ALS patients displayed characteristic hallmarks of ALS including motor disability, widespread motor neuron loss accompanied by cytoplasmic TDP-43 expression, reactive astrogliosis, microglial activation and neurofilament upregulation in the spinal cord. Importantly, these effects were specific to sporadic ALS CSF and not induced by familial ALS CSF, confirming specificity to the predominant sporadic subtype. Research is underway to identify the mechanisms by which neurotoxic proteins in ALS CSF trigger motor neuron death, with the goal of identifying new therapeutic modalities to prevent further motor neuron loss.

Role of astrocytes in disease progression

Astrocytes are glial cells in the brain and spinal cord that become activated during inflammatory demyelination where they play a critical role in the response to myelin and axonal injury, including formation of the glial scar. Using the in vivo PPMS animal model and in vitro primary human astrocytes, Dr. Wong’s team is currently investigating mechanisms underlying PPMS CSF-induced astrocyte activation in the context of: 1) astrocyte dysfunction in neurodegeneration and 2) the role of astrocytes in remyelination failure. Results of their studies implicate glutamate toxicity as an important mechanism contributing to PPMS pathology in the spinal cord as changes in astrocytic glutamate transporter expression are induced by PPMS CSF. Additionally, Dr. Wong’s group has observed exacerbated glial scarring of lysolecithin (toxin)-induced demyelinated lesions following PPMS CSF injections, which may block migration of oligodendrocyte progenitor cells (OPCs) to the lesion and therefore impede remyelination. Ongoing work is underway to characterize differences in gene expression in the brain and spinal cord before and after PPMS CSF exposure, to gain insight into PPMS lesion distribution and to identify potential novel therapeutic targets.

The genetic determinants that demyelination and neural degeneration in MS remain poorly understood due in part to a lack of appropriate models to study the human brain on a cellular level.  Recent advances in cerebral organoid cultures, or “mini brains”, provide new avenues to investigate human disorders. Cerebral organoids contain structures mimicking brain ventricles aligned by neural stem cells, progenitor cells in various stages of differentiation, and neurons. Moreover, the lack of blood vessels and immune cells in organoids allows for the study of the effect of MS genetic component alone on neural cells. Dr. Nicolas Daviaud and his team at Tisch MS have produced cerebral organoids using patient-derived induced pluripotent stem cells (iPSC) as a starting material. Cerebral organoids from patients with MS are being compared to non-MS donors to better understand the genetic contribution of MS pathogenesis. In an initial study, Dr. Daviaud found that organoids from patients with PPMS showed reduced stem cell proliferative capacity and increased neuronal differentiation due to differences in expression of cell cycle inhibitors. This study will give new insight on the origin and evolution of the disease and will help to identify potential target for new therapeutic strategies.

Cerebral organoid models of MS will also be used to study the contribution of environmental risk factors, including Epstein-Barr virus (EBV), to MS pathogenesis. Organoids are cultured with strict control of the microenvironment allowing for the experimental manipulation of the environment such as infection with EBV and other viruses. This study is likely to reveal new mechanisms by which EBV and other environmental factors contribute to MS.

Metabolomics is a tool by which the small mass metabolites involved in biochemical reactions in the brain can be both identified and quantified. The investigation of metabolic changes in the brain in MS will allow us to better understand and measure the underlying mechanisms of disease progression in MS. Researchers at Tisch MS have performed an extensive metabolomics analysis in CSF of progressive MS patients and identified metabolic changes specific to disease subtypes. Specific fatty acid metabolites have been found to play a role in brain function of MS patients and were shown to correlate with the level of disease activity (Mir et al, manuscript in preparation). In addition, we have identified the involvement of the metabolomics pathway in regulating DNA methylation, a process crucial for remyelination. The study of metabolomics will allow us to identify novel biomarkers of disease activity and progression as well as to discover potential therapeutic targets by unraveling the altered metabolism specific to MS.