What is the Cause of MS?

One of the most common questions that a patient with MS asks is, “when will we have a cure?” At the Tisch MS Research Center, we firmly believe that discovery of the cause(s) of MS is a prerequisite first step in the quest for finding a cure. Our goal is to fully characterize the B-cell antibody response in MS. There are a number of reasons to study this issue. First, over 90% of people with MS have oligoclonal IgG antibodies in their cerebrospinal fluid (CSF). What these antibodies are reacting with is unknown but in other neurological conditions where such antibodies occur, they are always directed at the cause of the illness. Eliminating B-cells in MS patients reduces relapses and slows progression, as has been shown with the use of anti-B cell therapies. Another related and intriguing factor is to investigate the role played by the Epstein-Barr virus (EBV). Almost all people with MS, even in the pediatric population have evidence of a prior infection with EBV. This may be important because after an infection with EBV, there is no cure and the virus remains in usually a latent form for life in the B-cells of an individual. In the laboratory, EBV infected B-cells have a number of unique properties. One, they secrete antibodies, “autonomously” and secondly, the B-cells survive for long periods without dying, i.e. they are “immortalized." We postulate that EBV plays a critical role in the induction of the CSF oligoclonal IgG antibodies and perhaps also in the propagation of the autoimmune antibody response in MS. Although there is evidence that EBV may play a critical role in the development of MS, it is clearly NOT the cause. This is because about 90% of the general population has evidence of an infection by EBV by age 30 and the prevalence of MS in only about 1 in 800. Therefore, at Tisch MSRCNY our working hypothesis is that there is an unknown factor or “trigger” that interacts with EBV to initiate the events that lead to MS. In developing a causative model for the development of MS we also have to determine if there is a dominant myelin protein (antigen) that is the central target driving the established autoimmune response. 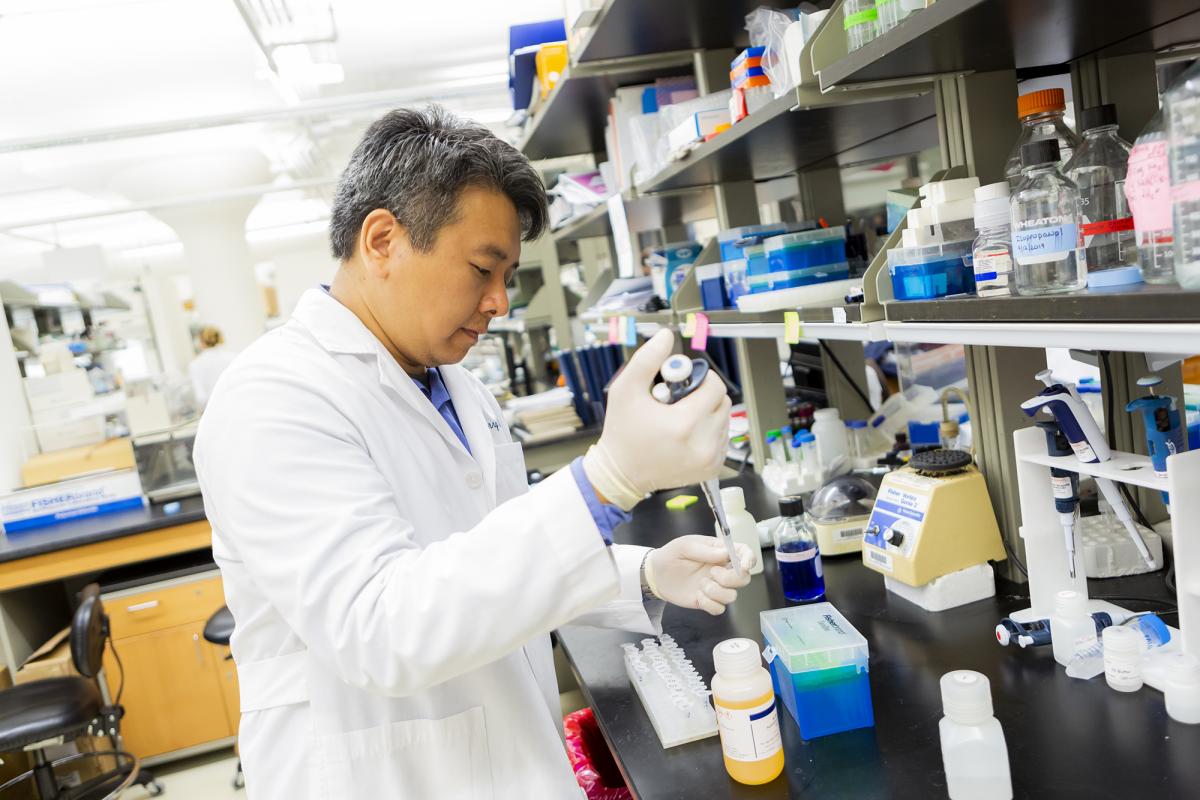 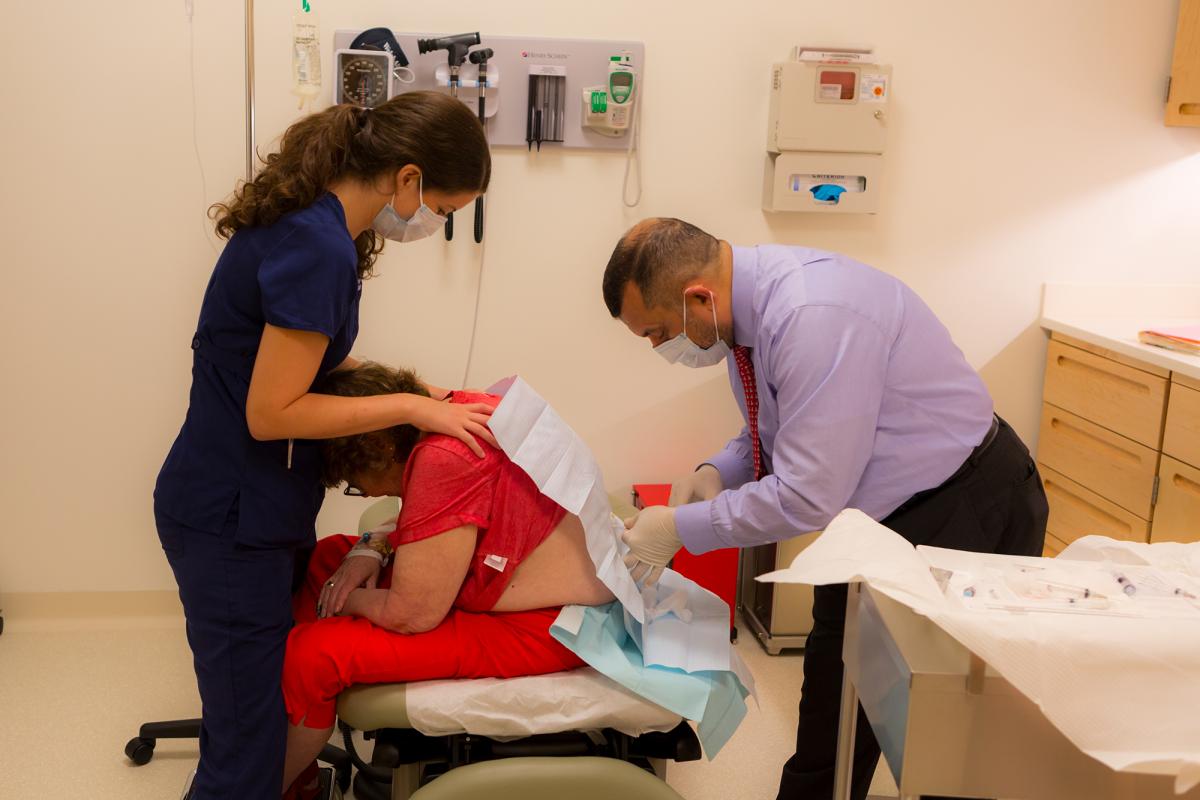 Our initial problem was to create a “library” of B-cells derived from the CSF of MS patients without having to perform repeated lumbar punctures (spinal taps). We thus cloned selected single B-cells from patients with MS which are currently being used for testing for reactivity against all plausible targets. In addition, Jerry Lin and his research assistants have cloned control B-cells from patients with other diseases and normal subjects. We now have cloned B-cells from newly diagnosed RRMS patients as well as untreated SPMS and PPMS patients. We have cells from other select groups of interest such as, discordant identical twins and from multiple siblings affected with the disease, as well as B-cells that are clonally expanded and persistent over time in individual patients. Our goals with this expanding ‘library” of cloned B cells are :

1. To determine the immunodominant myelin protein.

2. To discover the role played by EBV proteins that helps explain the role of the virus in the pathogenesis of MS.

3. Most importantly, to discover the trigger agent that initiates the disease.

In experiments designed to determine the dominant myelin antigen, we tested 96 recombinant antibodies (clones) against the major myelin proteins, namely myelin basic protein (MBP) and proteolipid protein (PLP) and found no reactivity. We are currently testing for binding to myelin-associated glycoprotein or MAG. However, 79% of the antibodies showed reactivity to Myelin Oligodendrocyte Glycoprotein (MOG). Of these antibodies, 17% showed strong reactivity to MOG by western blot and ELISA. This preliminary data strongly suggests that the predominant myelin antigen in MS is MOG. Definitive experiments to prove this association are now being undertaken.

To identify EBV virus proteins that may be targets implicated in the disease, we tested using nested primers for EBNA to see if any EBV virus can be detected in any CSF cells. We are also testing all our recombinant antibodies for binding to EBV cell lysates by Western blot. Because these studies have not yielded any positive results thus far, we are generating a recombinant cDNA EBV library and then we will test for binding using our CSF patient antibodies.

The identification of the initial trigger has been painstaking. We have a putative agent that is the target of one of the antibodies derived from a patient with early Primary Progressive MS (PPMS). Over the past several months we have discovered that this protein is derived from an infectious agent that in itself does not cause disease. However, this protein has a fascinating property – it activates EBV. Furthermore, the analogous human protein is found in myelin and thus may be a target of the autoantibody B-cell response seen in patients with MS. These findings are exciting but still have to be tested and established for specificity in reference to multiple sclerosis.